Last week, the networking community came together for Networking @Scale, our third @Scale conference in Boston. Boston has a strong history in networking and is the birthplace of many of the foundational technologies that the modern internet is built upon. This was a perfect setting for in-depth discussions on the growing challenges engineers face scaling applications and services to millions and sometimes billions of people.

To kick off the event, we hosted a Women in Infrastructure breakfast, where women in the industry met to discuss technology trends and backend systems. During the main event, more than 225 engineers heard talks by speakers from Akamai, Facebook, Google, Kentik, and Yottaa, who covered topics including cloud networking, traffic configurations, content delivery network infrastructure, and more.

Videos and talk descriptions from the event are posted below. If you’re interested in joining the next event, please check out the @Scale website.

Open/R: The joy of packet routing

Petr spoke about Open/R, a custom-built, extensible distributed network application platform. Open/R started as a simple routing protocol for the Terragraph mesh network, and it grew into a framework for building distributed in-network applications. Petr talked about the motivation and design of Open/R and discussed some of the applications within Facebook’s network.

Judy and Ryan provided an overview of one of Akamai’s Intelligent Platforms, SureRoute IP (SRIP), which provides a flexible and scalable foundation for a number of Akamai products. They took a closer look at the most recent Cloud Networking solution, Optimized Transport, and discussed scaling challenges they faced while building the new product.

In this talk, Kevin and Jay described the quantitative and qualitative model they use to project operational costs and risks associated with potential new service offerings. They shared the key metrics behind the model and told the story of how this emerging holistic view is enabling Akamai to prioritize investments more effectively.

Federico presented on scaling Facebook Live and the unique challenges of Live traffic with its sudden and massive bursts in throughput. He also covered how Facebook addressed challenges like the traffic spikes (using request coalescing), anticipating the sudden throughput increases (with predictive cubic splines), and optimizing end-to-end latency to improve the experience of interactive live videos.

During this talk, Dan described the “state of the union” for large-scale, flow-based network traffic tools, including both open source and commercial options. He discussed features and benefits related to network and performance data, visualizations, correlations, anomaly detection, and automatic actions.

Jonathan explored the evolution of Facebook’s traffic configuration over the years, diving into the issues with complex configurations and the methods one can apply to fix them.

Neel discussed Facebook’s encryption solutions for Thrift microservices, and compared different approaches that are deployed, including Kerberos and TLS. He also talked about some optimizations that helped scale encryption.

Djordje presented on Terragraph, a gigabit wireless network for fiber distribution replacement in dense urban environments. He provided a deep dive into the underlying motivations, science, and challenges that come with providing fiber-like speeds wirelessly with Terragraph.

Robbie provided an overview of QUIC, a multiplexed transport protocol running over UDP; it builds on the success of SPDY and HTTP/2 to make the web faster and to provide a platform for internet-scale experimentation. He spoke about how QUIC is used at Google and what lies ahead.

Ian wrapped up Networking @Scale by talking about YouTube’s experience deploying QUIC for video streaming. He shared challenges they faced, as well as the benefits YouTube users are experiencing.

A big thank-you to all the speakers who presented and to all the attendees. We look forward to an even bigger and better Networking @Scale next time, and we hope to see you there! 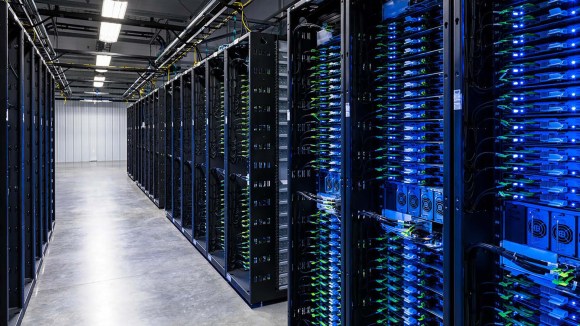