When we revamped Messages in 2010 to integrate SMS, chat, email and Facebook Messages into one inbox, we built the product on open-source Apache HBase, a distributed key value data store running on top of HDFS, and extended it to meet our requirements. At the time, HBase was chosen as the underlying durable data store because it provided the high write throughput and low latency random read performance necessary for our Messages platform. In addition, it provided other important features, including horizontal scalability, strong consistency, and high availability via automatic failover. Since then, we’ve expanded the HBase footprint across Facebook, using it not only for point-read, online transaction processing workloads like Messages, but also for online analytics processing workloads where large data scans are prevalent. Today, in addition to Messages, HBase is used in production by other Facebook services, including our internal monitoring system, the recently launched Nearby Friends feature, search indexing, streaming data analysis, and data scraping for our internal data warehouses.

As is always the case at Facebook, to meet our ever-increasing scale and reach, we are continuing to make improvements in HBase. Reliability, in particular, continues to be an important area for us. Among the challenges that we encounter today with HBase availability are the time to recover individual failing hosts, rack-level failures, and the nuances of running on dense storage. One way of addressing these availability issues is to run HBase in a primary-secondary setup, asynchronously replicating updates between the two clusters. But this requires failover to be carried out at the cluster level, causes outages on the order of minutes of downtime when failing over from primary to secondary, and potentially results in data loss due to the asynchronous nature of the replication.

Over the last year, we’ve been working on HydraBase, which avoids these limitations and provides higher reliability with the same storage footprint as a primary-secondary replicated setup.

Before going into the details of HydraBase, let’s first define some basic HBase concepts. In HBase, data is physically sharded into what are known as regions. A single region server hosts each region, and each region server is responsible for one or more regions. When data is added to HBase, it’s first written to a write-ahead log (WAL) known as the HLog. Once written to the HLog, the data is then stored in an in-memory MemStore. Once the data in memory exceeds a certain threshold, it’s flushed as an HFile to disk. As the number of HFiles increases with MemStore flushes, HBase will merge several smaller files into a few larger ones, to reduce the overhead of reads. This is known as compaction. 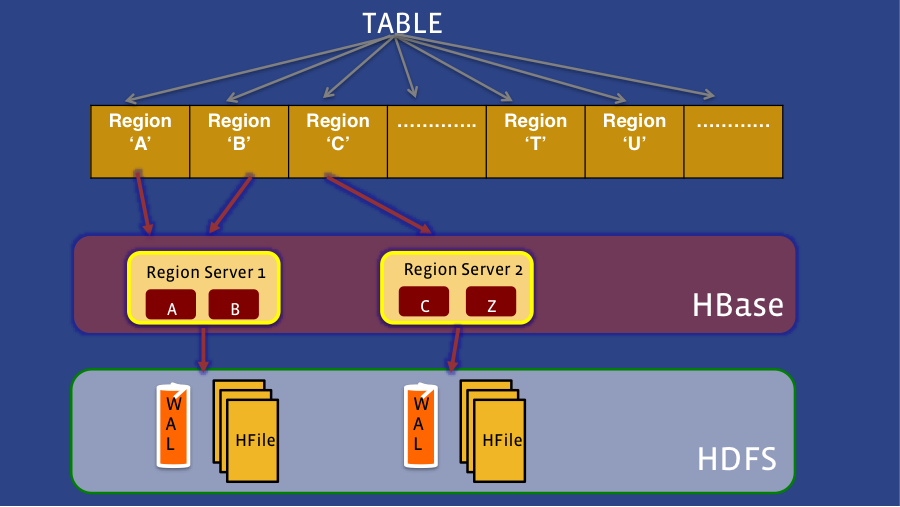 When a region server fails, all the regions hosted by that region server will migrate to another region server, providing automatic failover. Due to the nature of how failover is architected in HBase, this entails splitting and replaying the contents of the WAL associated with each region, which lengthens the failover time.

Within each quorum, each member is either in active or witness mode. Active mode members are writing to HDFS and performing data flushes and compactions. Witness mode members only participate in replicating the WALs, but can assume the role of the leader when the leader region server fails. 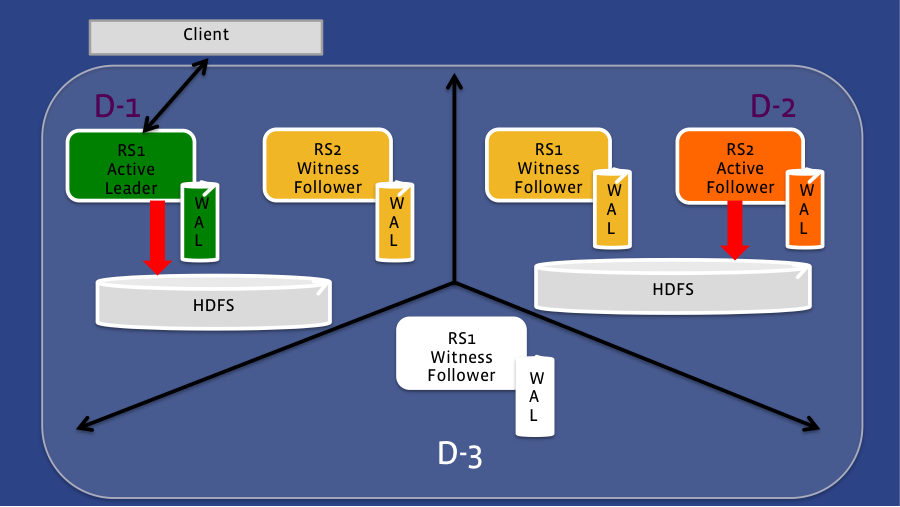 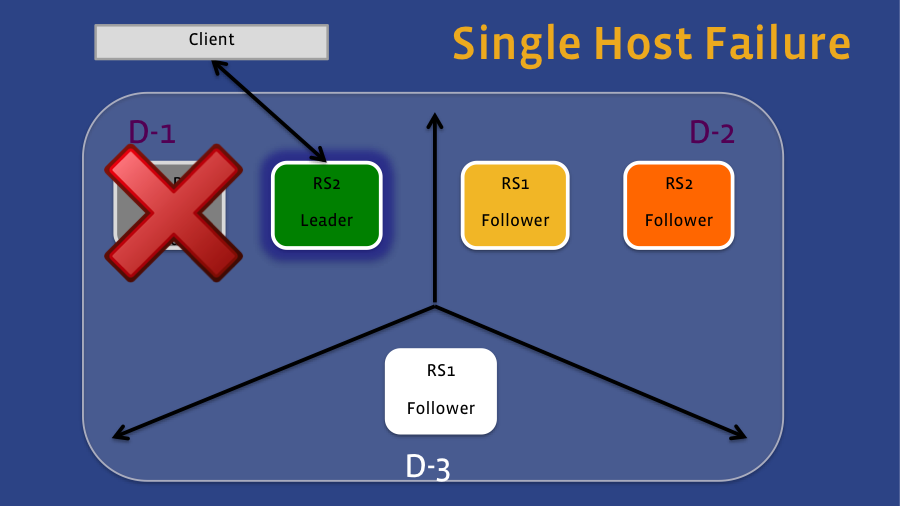 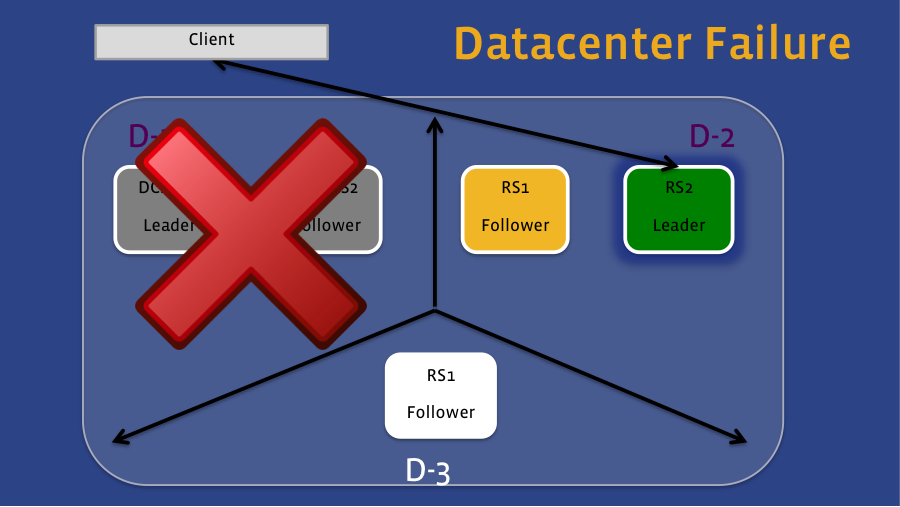 Another way of thinking about HydraBase is we’ve effectively decoupled the logical and physical replication. In the above example, we have five logical replicas of the data (in each of the hosting region servers), but with the same amount of storage as a primary-secondary replicated setup. With HydraBase, we can now fail over at the granularity of a single region. Moreover, the failover time is shorter because we no longer need to do log splitting, given that the corresponding write-ahead logs are already on each hosting region server.

With HydraBase, we have the potential to increase the reliability of HBase from 99.99% availability to 99.999% if we deploy HydraBase in a cross-data center configuration as shown above. This would translate to no more than five minutes of downtime in a year.

We also have the flexibility of deploying HydraBase within a single data center. This provides improved failover across hosts as well as racks, compared with HBase.

We’re currently testing HydraBase and plan to roll it out in phases across our production clusters. Looking ahead, other enhancements we’re considering include allowing reads to be serviced from members of the quorum other than the leader, as well as keeping in-memory copies of the data in witness mode quorum members to further speed up failover.

Thanks to all the engineers who have contributed to the HydraBase project including Amitanand Aiyer, Arjen Roodselaar, Gaurav Menghani, Jiqing Tang, Liyin Tang, Michael Chen, and Yunfan Zhong.

In an effort to be more inclusive in our language, we have edited this post to replace the terms “master” and “slave” with “primary” and “secondary”.