Hacking is a central part of Facebook’s culture. Whether we’re building the next big product at one of our Hackathons or creating a smarter search algorithm, we’re always hacking to find a better way of doing things.

We’re starting the Hacker Cup to bring engineers from around the world together to compete in a multi-round programming competition. Contestants will have to successfully solve algorithmic-based problem statements to advance and are ranked by accuracy and speed.

Thousands will enter, but only one will emerge as world champion. 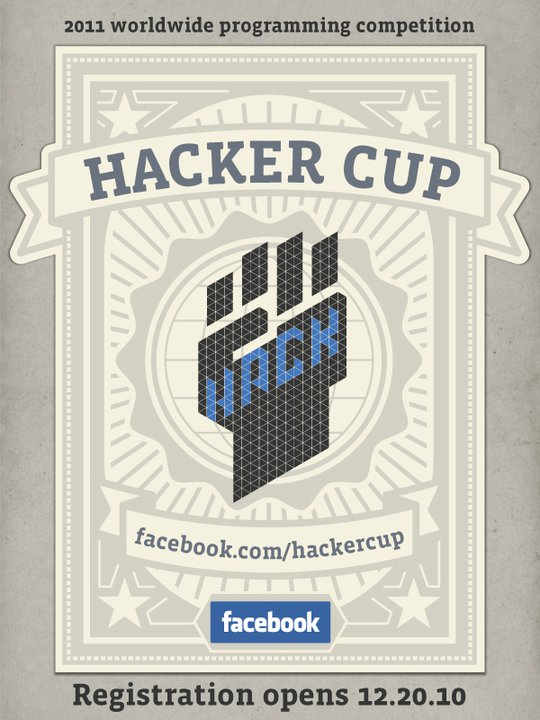 Facebook will fly the top-scoring 25 competitors to Palo Alto, California, for the final round of competition on March 11, 2011, where they’ll receive some great cash prizes and other awesome goodies. Out of these 25 finalists, one champion will emerge and be immortalized on the Hacker Cup trophy.

Keep an eye on the Hacker Cup page at www.facebook.com/hackercup for more announcements as the January 7th qualification round approaches.

May the best hacker win!

Tim, an engineer at Facebook is writing a monster of a problem statement for the finals.